Since 2015, I’ve been sharing suggestions of how to support Canadian content on Canada Day – including our nation’s films, music, television programs, books, and more. While every day of the year should be spent consuming Canadian Content, Canada Day is the perfect day to celebrate it, be proud of it, and support the creation of more of it.

If you missed Canadian Film Day on April 18, you can still take advantage of the Canadian Film Day’s resources, including a link to Canadian films that can be streamed on services from Netflix to Encore+ to the National Film Board.

A great source of ideas for Canadian content on all screens is the Canadian Screen Awards. The big winner at the latest edition was the Canadian-Irish film Maudie, which was set in Nova Scotia, and won all seven awards it was nominated for, including for actress Sally Hawkins, who also starred in The Shape of Water.

As for emerging talent, which should also be supported today, and everyday, Telefilm recently announced which filmmakers will be part of its inaugural Talent to Watch program, which is set to have Telefilm investing upwards of $100-million annually in Canadian films.

Canadians were well represented at the Academy Awards again this year, including  with a best supporting actor nomination (Christopher Plummer in All The Money in the World), and with the Canadian film The Breadwinner being nominated for Best Animated Film. The big winner of the night was The Shape of Water, which was filmed in Toronto and Hamilton, and put the spotlight on producer J. Miles Dale of Toronto. 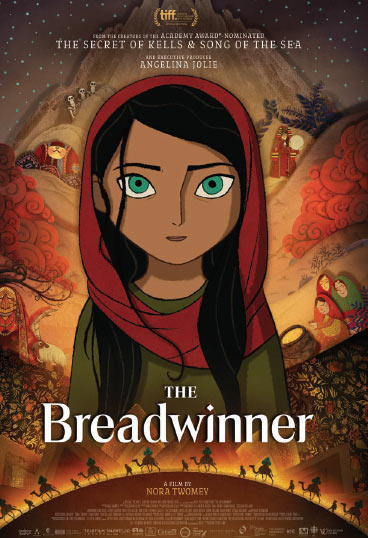 Canada had another big year on the international stage. At the GRAMMYs, Brampton’s own Alessia Cara won Best New Artist, Toronto’s The Weeknd won Best Urban Contemporary Album and Montreal’s Leonard Cohen’s song You Want it Darker won Best Rock Performance. Cohen previously received the Grammy Lifetime Achievement Award in 2010 and his debut album Songs of Leonard Cohen was inducted into the Grammy Hall of Fame in 2015.

To find future winners of national and international audiences and praise, the artists whose albums are among the top 40 in Canada nominated for a Polaris Prize is a smart start. The latest long list includes albums by Alvvays, Clairmont the Second, Iskwé, Daniel Caesar, Bonjay, Donovan Woods, Milk & Bone, Jeremy Dutcher, Partner, Weaves, and Gord Downie, who we lost since last Canada Day. Another source of future artists to support is the CBC Searchlight top 100. The television adaptation of Margaret Atwood’s The Handmaid’s Tale, which is filmed in Canada, won the Outstanding Drama Series award at 2017 Primetime Emmy Awards.

According to Numeris, in mid-June, 2018, apart from the Stanley Cup playoffs and news, among the most watched series by Canadians were Canadian-made Private Eyes on Global (starring Jason Priestly and Cindy Sampson) and Master Chef Canada (starring you next season?).

Series winners at the Canadian Screen Awards include Northern Ontario’s Cardinal, Space’s Orphan Black, History’s Vikings, and a variety of CBC programming including The Secret Path, Kim’s Convenience, Anne with an E, Baroness von Sketch Show, Schitt’s Creek and the other Margaret Atwood series, Alias Grace. CBC has also been making a presence online with their digital original series. From comedy to documentary, click here for their latest digital programming.

While not owned by Canadians, there are a variety of American animated series being made in Canada by our talented crews, including in our nation’s capital, with Disney’s The Lion Guard and Tangled television series (Ottawa’s Mercury Filmworks), to Netflix’s F is For Family (Ottawa’s Big Jump Entertainment).

The Canada Reads 2018 winner was Forgiveness by Mark Sakamoto, and the 2017 Giller Prize Winner was Michael Redhill’s Belevue Square.

The Governor General’s Literary Awards provides awards in seven categories – fiction, poetry, drama, non-fiction, young people’s literature – illustration, young people’s literature – text, and translation. As they provide awards to both English and French books in these 7 categories, and each category has 5 nominees, there are many ideas for your nightstand or book club. Another literary option is presented by Toronto-based Wattpad, which proclaims to be the world’s largest community for readers and writers. Not only is Wattpad.com a place to find future GG Literary Awards winners, but it’s also the place to find future writers of series and films made in Canada and beyond.