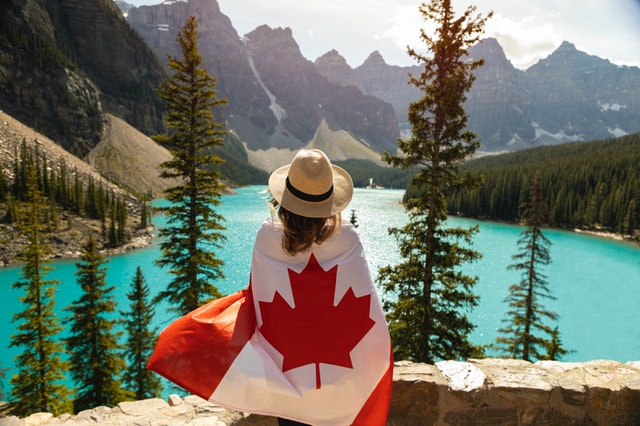 Since 2015, I’ve been sharing suggestions of how to support Canadian content on Canada Day – including our nation’s films, music, television programs, books, and more.

While every day of the year should be spent consuming #CanadianContent, Canada Day is the perfect day to celebrate it, be proud of it, and support the creation of more of it.

The big winner at the Canadian Screen Awards this year was A Colony.

For those who look to TIFF for the best around the world and in our own backyard, TIFF’s new series – Canada’s Top Ten – which provides each feature film the opportunity to have a full theatrical run at TIFF Bell Lightbox throughout the year. The Freaks, Firecrackers, and Giant Little Ones were at the top of the TIFF Canadian class.

While not all Canadians at the Oscars were there representing Canadian films, Canadian individuals were well represented at the Academy Awards again this year. The most stacked category, with three nominations, was the Best Animated Short Film category, with Bao picking up more votes than fellow Canadian considerations Animal Behaviour and Weekends.

Canadian Gordon Sim was nominated for the third time in the Best Production Design category, this time for Mary Poppins Returns. In the Best Live Action Short Film category, the two Canadian representatives are both from Montreal – Jeremy Comte for Fauve and Marianne Farley for Marguerite. In the Best Sound or Sound Mixing category, we had two horses in the race, with Craig Henighan on the ROMA team, who lost to Paul Massey who shared the honours with his team for Bohemian Rhapsody.

Canada had yet another big year on the international stage, even if one of the biggest news items was Céline leaving the Vegas stage.

Picking up an award was Toronto R&B artist Daniel Caesar, winning his first of many future GRAMMYs, in the category of best R&B performance award for his H.E.R. collaboration, Best Part. Canada had five classical nominees, with James Ehnes winning for best classical instrumental solo. BC’s Diana Krall didn’t convert either of her two nominations into a win, including as best pop duo/group performance unsurprisingly went to Lady Gaga and Bradley Cooper for their A Star is Born song Shallow. Also, Alberta’s Young Spirit got on the short list for best regional roots music album.

At the GRAMMYs, Drake won best rap song for God’s Plan, and had six other nominations. He wasn’t alone representing Canada. Shawn Mendes performed his In my Blood anthem with Miley Cyrus, and was nominated, for his first and second time ever, for song of the year and pop vocal album of the year for his self-titled third album. While he didn’t win any awards, according to Drake’s speech, Shawn among others are already winners for having a devoted fan base.

For future world stage representatives of the north, the artists whose albums are among the top 40 in Canada nominated for a Polaris Prize is always a great place to start, and this year the long list includes our clients Clairmont The Second for his album Do You Drive? and Kaia Kater for her album Grenades.

Last year’s winner, Jeremy Dutcher, continues to take Canada and beyond by storm with his magical Wolastoqiyik Lintuwakonawa album.

Lastly, two of the many other Canadians making a mark in hip hop, now the most consumed musical genre, range from Surrey’s Merkules to Ottawa’s Night Lovell.

Canadian series looking to make their mark from coast to coast and beyond include Cardinal, The Launch (which this season featured our clients T. Thomason, Michelle Treacy and Vi), Vikings, Coroner, Unspeakable, Cavendish, Street Legal and Diggstown (of course legal shows needed to be mentioned).

According to Numeris, in mid-June, 2019, apart from the basketball and hockey playoffs among the most watched series by Canadians were Canadian-made HGTV’s Island of Bryan (featuring builder Bryan Baeumler and his wife and designer Sarah Baeumler) and Global’s Private Eyes

Thanks to platforms like CBC GEM, digital content companies like iThentic and YouTube aggregators such as KindaTV, we’ve been given content including The 410 and My Ninety Year Old Roommate (CBC GEM), The Nations on iThentic, and Barbelle (catch both seasons of our clients on KindaTV).

The 2018 Giller Prize Winner was Esi Edugyan, for the second time, this time for Washington Black.

The Canada Reads 2019 winner was By Chance Alone by Max Eisen, defended in this competition by science journalist Ziya Tong.

BC’s Kate Harris won the 2019 RBC Taylor Prize for her book Lands of Lost Borders: Out of Bounds on the Silk Road, published by Knopf Canada.

Combining multiple media but in only audio form is of course podcasts which are becoming more and more popular each year, and from the audience-funded Canadaland focusing on Canadian media, news, current affairs, and politics, to CBC’s Quirks & Quarks and Someone Knows Something, there’s something for everyone.

Option Agreement – Introduction A scriptwriter contacted us, asking what legal issues to be aware of when selling her completed scripts to film producers....