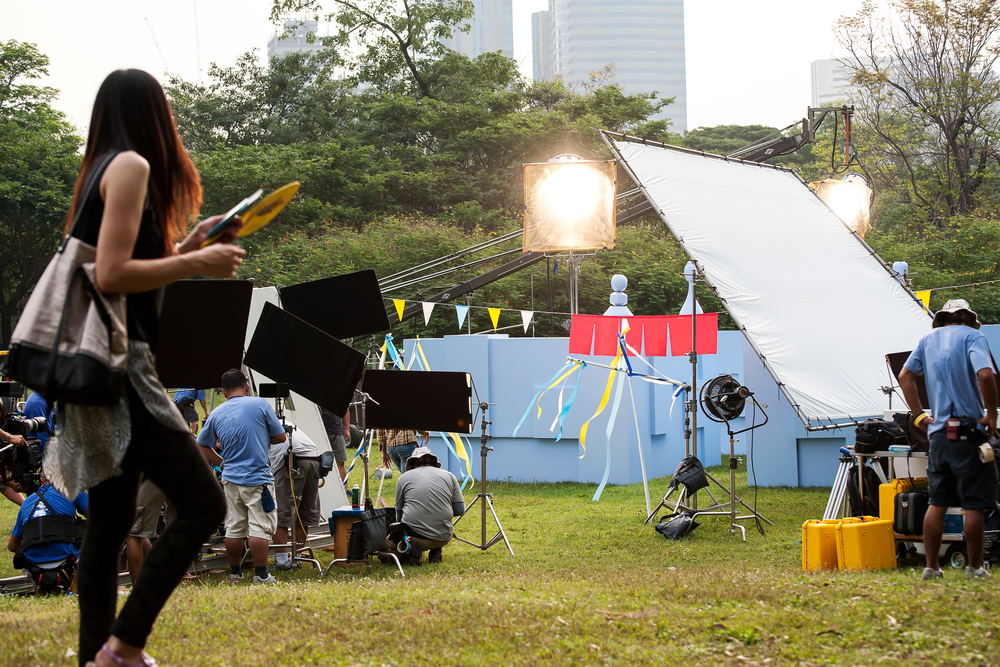 You’ve gone and completed the impressive feat of producing a film. Now what?

After a film or series is produced it will often be licensed, whether in theatres, on television, or any number of video-on-demand platforms, from Netflix to Disney+, Apple TV to Amazon Prime. The licensing arrangement can happen at any time, and often, producers will work to have a licensing agreement in place prior to the end of production.

Whenever it ends up occurring, you may need help with the licensing process. There are companies and individuals to help you do this, who focus on making the sales that will eventually lead to viewers paying to watch your content.

Some refer to these intermediaries (between you and the buyer/licensor) as sales agents or distributors. There’s a lot of confusion around these terms so we’re simply going to call them sales agents, to keep it simple.

Generally, a sales agent’s role is to sell your content to the exhibitors, who sell directly to consumers. An exhibitor, for example, might be a movie theatre company. Some of the tools at the sales agent’s disposal may be to use sub-agents in particular territories, languages or platforms, providing an advance against the revenue they are going to generate (which the producer typically finances to cover production costs) or they may have the right to enter into agreements on your behalf.

When a producer receives their first offer from a sales agent, there’s a sense of accomplishment. Someone likes my film or series! Where do I sign? Resist that temptation! Before signing, it’s important to understand what exactly you’re getting into.

When reviewing a sales agent agreement for a producer, it’s not uncommon for there to be several “red flags”. The following list provides some of the most common.

A simple example: if you’re told you’re getting an “advance” (i.e., money “upfront”), but the agreement leaves that out and instead states that you only receive revenue once the sales agent recoups its commission and expenses.

As a producer, you may wish to limit the rights to a specified term (i.e., not in perpetuity) and territory, especially if a sales agent typically serves a specific market (e.g., North America). Also ensure that you are clear on what and when the sales agent is obligated to deliver.

The formula used to determine how much money you keep from sales made by the sales agent on your behalf is likely to be “gross revenue” less the sales agent’s commission (typically a percentage of the sale) and expenses. Without a clear definition of commissions and expenses, you may never get paid anything.

For example, if you sign on with a sales agent and they enter into an agreement with a sub-agent, is the sub-agent’s commission in addition to your agent’s or does your agent pay for the sub-agent out of its own commission?

As for expenses, sales agents commonly include an extensive list of expenses from which they’re able to deduct from gross revenue. It would be prudent for a producer to cap these expenses at a certain percentage (e.g. 10%).

What do you want the sales agent to do? Spend money on marketing and promotion? Attend specific trade shows? If they aren’t willing to put their verbal commitments in writing, maybe they actually aren’t going to do anything more than add the project to their catalogue and wait for buyers to contact them.

Whether a sales agent is going to put your content on their shelf or aggressively seek opportunities is an important part of your due diligence process. You hope that the more willing your sales agent is to put their promises in writing, the more likely they are to keep them. And, if they don’t, you have it in writing and might be able to either enforce the promise or get your rights back.

No Provision to Get Details

The sales agent must have an obligation to provide you with details about their sales, collections and calculations of your share. They typically provide that report quarterly, with a cheque for any amount owing to you. Make sure that you have the right to audit their numbers.

Lack of Balanced Rights and Risk

There are a variety of “general” agreement terms, from representations to indemnities, which are found in all types of agreements. Just because they’re commonplace, doesn’t mean the terms you’re reading were drafted reasonably.

In general, if you’re told an agreement is take it or leave it and the sales agent won’t answer your questions, they might not be the right partner. Read the agreement carefully before signing, get some assistance from fellow producers and/or an entertainment lawyer, discuss your questions and concerns with the sales agent and negotiate for a fair split of the risks and rewards. You invested a lot of time, money and heart in producing your content – don’t abandon it now. And get references!

Check out our related Blog Posts