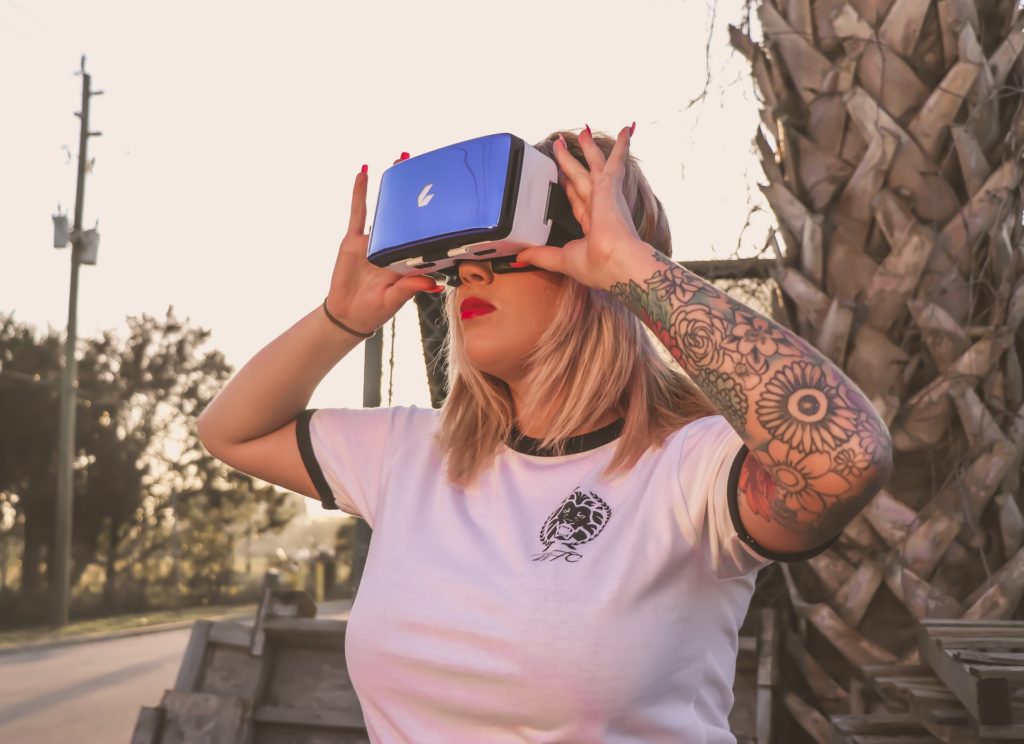 Virtual reality legal issues, what are they and why do they matter?

Virtual reality legal issues exist. Why? Well VR entertainment is currently the hottest trend in the video game industry and, if you are one of the diminishing number of people who have not tried it, you’re probably missing out. Virtual reality, commonly called “VR”, is cutting edge technology that is on the verge of breaking into the mainstream. VR is expected to revolutionize the gaming industry but will also have effects well beyond the realm of video games. While the technology develops at a torrid pace, the law may not be able to keep pace with the resulting legal challenges. This blog highlights some of those legal challenges.

A closer look at VR

VR uses computer technology to create a completely simulated audio and visual environment. A user wears a headset that places a screen close to their face, blocking out as much of the real world as possible. Imagine a racing game that looks and feels as if you are sitting in a Ferrari, tearing down a racetrack. Examples of VR systems include the Oculus Rift, the HTC Vive and the Google Daydream.

The potential for novel virtual reality legal issues involving IP rights is significant with VR. There has already been a major lawsuit (ZeniMax v Oculus) over the ownership of certain technology IP in the Oculus Rift. However, the potential for IP disputes goes well beyond the technology, to issues that impact game designers and even users. For example, the content within VR applications may include the use of brand names and images (take, for example, the aforementioned “Ferrari”). Does the VR provider need to obtain permission (“clearance”) for the branding?

There have been a number of lawsuits by car manufacturers suing film producers over the appearance of a particular manufacturer’s car in a film. Those lawsuits have always been unsuccessful, in most cases because the audience would not think the manufacturer endorsed the film. Because VR is much more immersive than film, VR users may interact with the car, they may choose to drive certain cars they like and they may pay virtual or real currency to do so. Such an experience may be closer to purchasing a toy model of a car than passively watching a car on film.[1]

Who Owns the IP?

Another potential legal issue is ownership of IP that is created within a VR application. Some VR games allow users to create or upload their own content within the game. Is that content owned by the hardware manufacturer, the software developer or the user? Usually, ownership will be determined by the VR developer’s Terms of Use. The VR developer may claim ownership of all creations within the game or leave ownership with the user while granting the VR developer a wide licence to use the content. However, users from all over the world may play the game and, in some cases, the law of user’s jurisdiction may trump the Terms of Use.

Another situation likely to cause legal concern is when users create virtual content that contains IP from the real world (say, for example, a favourite pair of brand name sneakers for an avatar). The brand owner might want compensation for use of its IP in the game. Is it the VR provider or the user who should bear responsibility for an IP infringement claim arising from the user’s gameplay? Or, does the fact that the item is virtual render the brand owner’s claim moot as it is unlikely to impact sales of real-world goods?

Beyond IP there exists the very real possibility of virtual reality legal issues or “cyber crimes”. One user may be able to steal virtual items from another user. In 2013, a VR user named Steven Burrell was arrested for stealing virtual items (such as potions, weapons and cooking equipment) by hacking the accounts of other players in the game Runescape. Burrell was able to sell the stolen virtual items for real-world money. Burrell pleaded guilty to illegal hacking, but the issue of virtual theft was not resolved by the court.[2]  Other real-world crimes are capable of being committed in the virtual world. There are reported cases of the sexual groping of one avatar by another and of illegal betting with virtual money. These examples suggest that the law could be forced to adapt quickly to the new challenges posed by VR.

It is difficult to imagine that increased use of VR will not result in a multitude of bodily injuries. Playing a VR game is an immersive experience, requiring a user to wear a mask, making them unaware of their real-world surroundings. At the same time users are required to move, putting them at risk of injuring themselves. Should the responsibility for such injuries lie with the designer of the VR headset or the developer of the game? Or, perhaps the user voluntarily assumed the risk without ensuring they could do so safely. The answer to this question will likely have to be answered by the courts.

The rise in popularity of VR has far-reaching implications in the world of gaming and beyond. However, it also will bring novel legal challenges that may require new laws to address them. Will the law be able to adapt fast enough pace to keep up with these new realities that VR presents? Only time and more than a few lawsuits will tell.

[2] The Telegraph (2013, December 6) Hacker in court over thefts in online fantasy game. Retrieved from: https://www.telegraph.co.uk/news/uknews/crime/10500271/Hacker-in-court-over-thefts-in-online-fantasy-game.html